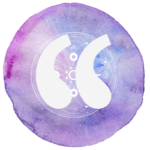 "Fiona is quite simply amazing. I first went to her after my dog, my parents, and my partner all passed away. She accurately described all of them to me, and helped me find more peace than I thought possible. I have also been to see her for a Healing session during a time of crisis. The healing profoundly changed my health as well as my perspective on life. I would definitely recommend her; she is a warm and generous soul and a gifted medium."

"From the moment I met Fiona I felt an overwhelming comfort and calmness. My reading was more than I ever expected. It crossed into many areas of my life, past and present. Fiona answered many things that brought closure and also gave me direction in new ventures.I have recommended others to her, and have returned myself for further guidance. Fiona is a beautiful soul who made me feel at peace."

What are gift you are to this world. It might be too forward but just felt to offer a testimonial if ever it was relevant....

Went to see Fiona for Clairvoyant Counselling Session after ten years of therapy surrounding childhood trauma...living in a very isolated way mostly I feel others may not relate to me or my life experience...the exact opposite was true with Fiona....within minutes she had reached straight to the heart of my matters and described life as if she 'were me'... if that wasn't enough to completely blow me away...her incredible abilities picked up on the landscape of my present day life, things deep within my core and privy only to my inner self - these secrets Fiona knew. She connected specific things to my immediate needs, addressing questions and worries and laying them to rest in the process...and did she do it artfully or what - like she'd known me forever! My heart burst and her phenomenonal knowledge was gifted so generously...and only relevantly to myself... you could listen to Fiona for days...she gives such depth and context to every facet of her service and guidance...for me the small amount of compensation fell short of the value she gives..

A few hours on the shift feels already more helpful than ten years counselling and psychotherapy combined....priceless is the effect and definitely her Emotional Soul Healing sessions will be next. She is purely accurate, wise beyond measure - an angelic treasure!!

Thank you for everything Fiona!"

"Fiona is a warm, caring and generous person, who was able to give me much insight and resolution into the doubts I was experiencing in my life.  I found her insights to be surprisingly accurate, which gave me absolute confidence in what she was telling me.
So I place alot of value on the messages that she brought to me,  and my session with Fiona has helped me enormously with the areas of life I needed guidance in.
Thank you once again Fiona"

"Fiona is a truly gifted and legitimate psychic medium. The first time I saw Fiona my mother had been complaining about arthritis in her hand, before I left the house. I did not tell Fiona this and the first person to come through in the session was my grandmother who immediately started to speak about my mothers arthritis and remedies for the pain.

Fiona then channeled my grandfather who spoke about "the family secret" which he was supposed to tell my father, but did not get the chance before he died. My grandfather spoke about having a different father to the rest of his 8 siblings. I later found out that this had been confirmed by DNA tests.

I also had the beautiful opportunity to communicate with a close friend who passed a few years ago. I was not expecting this. Thank you Fiona.

The second time I saw FIona was to have our house cleansed of troublesome spirits, who were restless and had been there for a long time. Fiona did this from her home, and she had no prior knowledge of my home. She identified 2 spirits of children in my home, who had drowned many years ago. Later that day when I arrived home, I found out that the graves of these children, who I had never heard of before, were located very close to my house.

Fiona spoke about the history of the area and what was on the property before my home was built, and this information also proved to be true.

Fiona cleansed our home of several spirits and our home now has a beautiful energy. I have referred my sister to see Fiona for a Soul Healing session.

I highly recommend Fiona to anyone. She is a genuine soul who seeks to help people through her natural psychic gifts and connection to the spirit world."

"I have met many psychics in my life and have found that 90% of them tell you stuff that never comes true. Then I discovered Fiona, who I have seen several times over the last few years. If you want an accurate reading or if life becomes too hard, do yourself a massive favour and go and see Fiona.

She does not tell you what you want to hear, or give her opinions. Fiona tells you what your Guides tell her to tell you. She is so much more than an excellent Psychic Medium; my experience has been that she cares and does her best to help and coach people through difficult situations.

Fiona gives true hope in a scary world. Specific things that Fiona told me would happen have starting coming true. Unreal! Without her ongoing guidance it would have been much harder and tougher for me to cope.

Remember that it is not possible for any psychic medium to tell you when something is going to happen. Just that it will happen.

Thank you Fiona. You are a bright light in a dark world."

"I recently had the pleasure of a Career Astrological reading with Fiona. I would highly recommend this to anyone if they are unsure or unhappy in their career or perhaps looking for a career change. I was so impressed with the way in which Fiona interpreted and delivered my reading. She gently navigated me very clearly (in a very easy to understand way) through all the aspects in my natal chart that show the best career I am most suited to. She confirmed and reassured me that I am in the right industry, but I needed to make a change and begin to specialise in a more niche area within my current profession. Fiona was able to identify and explain some current blocks I had in moving forward with my career - this was wonderful to hear and it has enabled me to address this and move through forward for future success. I would also highly recommend school students in their senior years have a career reading. They would then be much clearer as to what they are most suited to do professionally, and therefore help them choose their final year subjects without any stress."

"Dear Fiona, I just want to write and let you know that my reading with you was one of the most beautiful and peace giving experiences of my life. I can’t thank you enough. I found it profoundly life changing. A most amazing experience, thank you!"

"I have had three mediumship sessions with Fiona since my wife passed away last year I had not had a reading done by a true Medium before and was very impressed with how quickly, and without fuss, that Fiona established contact with my loved ones who have passed away. Fiona displays wonderful, natural clairvoyant and psychic mediumship gifts including the ability to look into past lives. Her insights into loved ones – including pets, both living and passed over, are amazingly accurate and detailed – featuring facts that only the family could know. She is very friendly and welcoming and displays a wonderful compassion and wisdom during the sessions I have received a great deal of comfort from these sessions as well as a new perspective on life and the afterlife. I highly recommend Fiona to anyone seeking spiritual guidance in their life, or to hear again from loved ones on the Other Side."

More beautiful testimonials from my clients